What the Build Team is Doing

Learn what the build team is doing to prepare for the next competition! 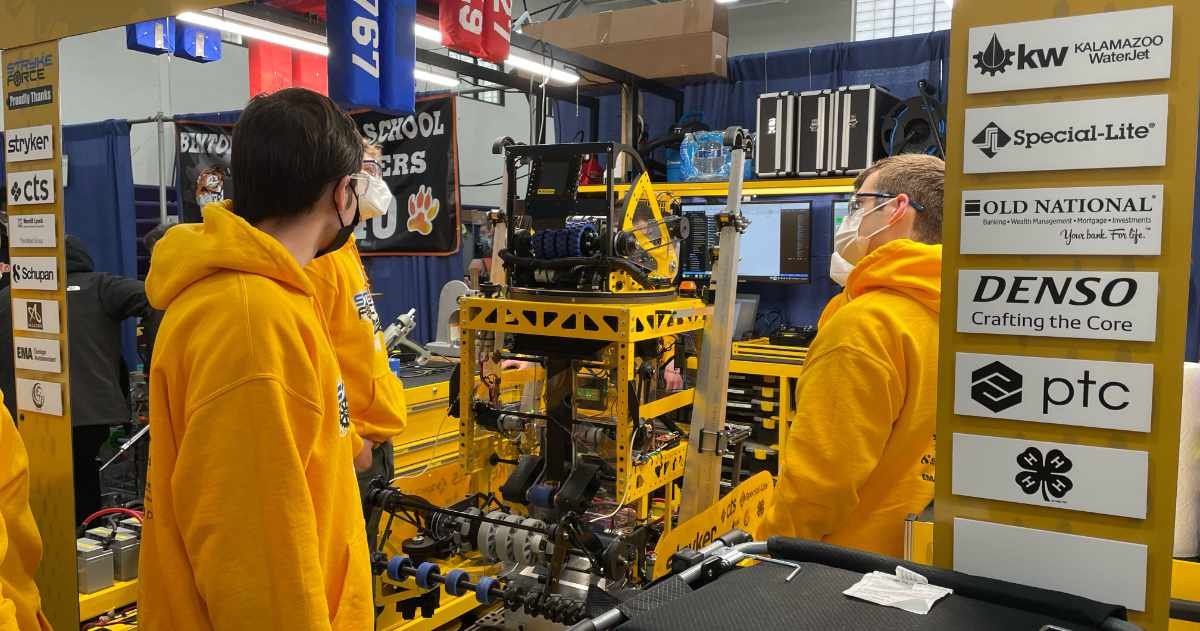 What the Stryke Force build team works on after our first competition is a lot different than what the build team spends time on pre-competition. Right now, the build team is creating an external intake for the robot, along with changing small details on the robot to help it perform better, such as the climber. Creating a strong and functioning external intake will give us a large advantage at the next competition. Casey M.’s personal role on the team is starting to learn CAD, which allows him to quickly model and prototype parts for the robot. He noted that he loves competitions because “Seeing the robot that I helped build win a blue banner is exhilarating”. Come watch us compete this weekend, April 1st and 2nd at Lakeview High School. Go Stryke Force!