In 2019, to support the growing interest in the program at the 7th and 8th grade level, we launched our first season using the VEX IQ robotics program.

The first year we had 41 students divided into 13 teams that competed against each other at an in-house tournament. With only three students per team, all students have an opportunity to learn a range of skills and multiple aspects of building and competing a robot. 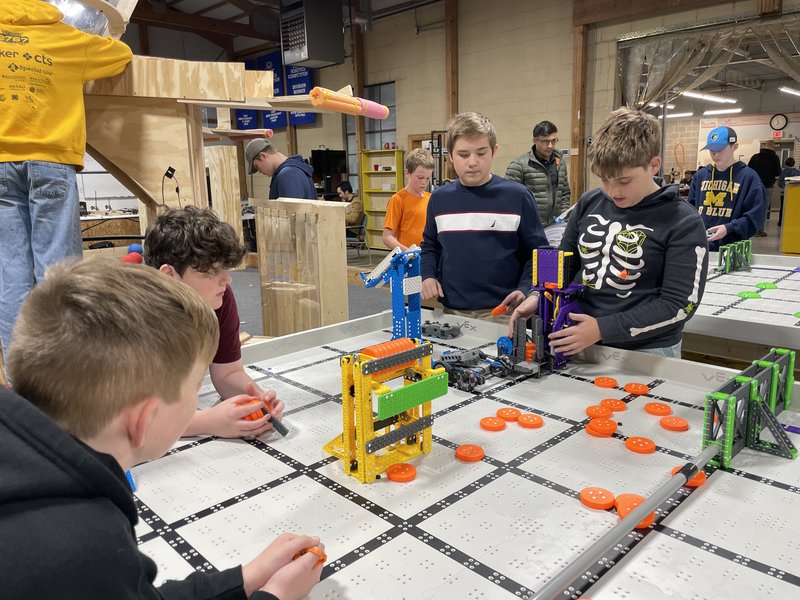 VEX IQ let the students have a larger role while increasing the number who could participate. Other benefits were that the VEX program requires less resources while increasing independence—all students learn skills in building, programming, developing, and driving the robot, teaching skills needed later in the robotic and engineering fields.