Stryke Force places 6th out of 49 at IRI

We had a very successful weekend at our first off-season event, Indiana Robotics Invitational (IRI) with our FRC team, July 16-17 at Columbus East High School in Columbus, Indiana. 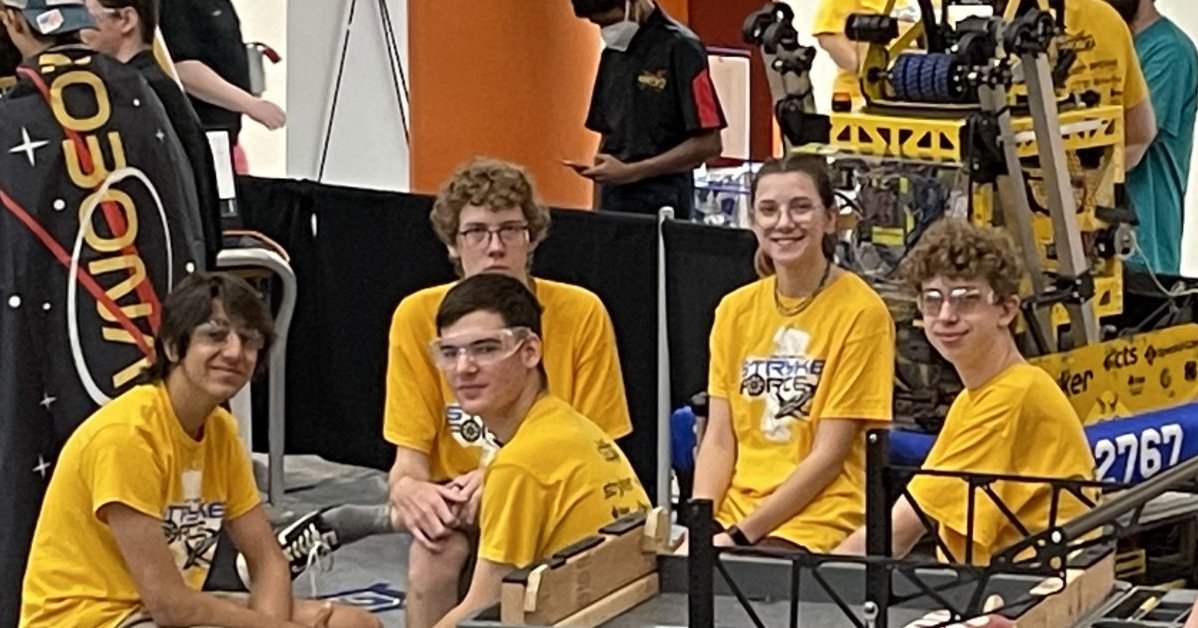 At the end of Day 1, we ranked 13th due to 2 losses early on in the qualifiers. Stryke Force completed qualification matches with a record of 8-2-0 and finished 6th out of 48. We also earned the spot of the captain of alliance #5. We selected Team 3538 Robojackets, Team 1023 Bedford Express, and Team 1732 Hilltopper Robotics as our fantastic alliance partners.

In the quarterfinals, we upset alliance #4, winning 2 of 3 matches. In the semi-finals, our alliance and our opponents were fighting to the end, each taking a win in the first two matches. Unfortunately, during the heated battle of the third match, one of our alliance partners was incapacitated. Team 1023 was hit by an opponent robot and its air cylinder exploded resulting in a disappointing loss. We ended the playoffs with a record of 3-3-0.

We have one more off-season event, the West Michigan Robotics Invitational (WMRI) in the fall and it is the last time we will compete with our 2022 robot, Sky Stryker. Check our website and social media for details on that event coming soon.