Congratulations and good luck to our seniors Casey, Cole, and Zach! 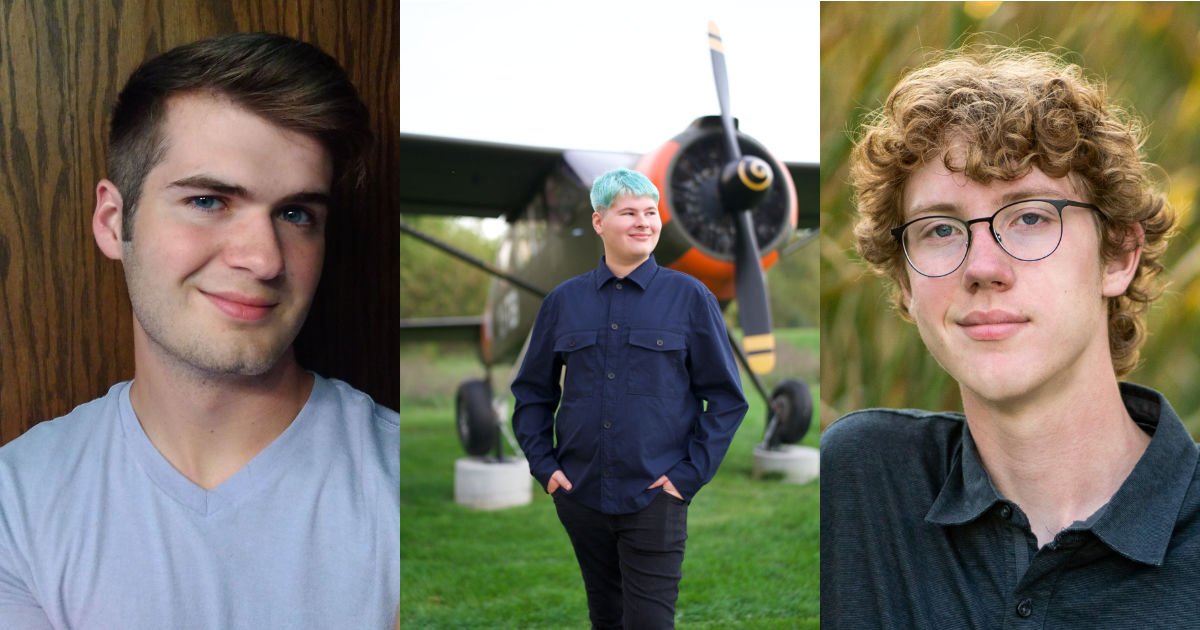 Casey M., a senior at Galesburg Augusta High School, has been a part of Stryke Force since his freshman year. Currently Casey is on the build team where he is spending time on a project to improve the mecanum wheels that the Stryke Force 2022 robot, Sky Stryker, uses for the intake. Casey’s four years at Stryke Force has taught him that not everything will turn out perfectly on the first try. “Even the most well thought-out designs have some flaws,” Casey notes. His favorite aspect of being a part of Team 2767 is having a group of friends to spend time with and an amazing group of mentors constantly teaching him tons of different lessons. Casey is going to miss cheering during matches and listening to mentors’ stories the most after he graduates. Casey very distinctly remembers going around to pit-scouting and match-scouting his freshman year as his favorite memory. He loved being able to meet other teams and learn about different robots. His time on Stryke Force has helped Casey realize that, after high school, he would like to pursue a career in the engineering field.

Cole S. is a senior at Portage Central High School and has been participating in FIRST robotics since 2016. He is currently the Scouting Lead on the Stryke Force team. Cole’s favorite thing about the scouting team is “the opportunity to get to see high-level play, and use my subteam to influence it.” Cole has also learned a lot of valuable lessons from his time at Stryke Force. The main lessons being a part of this team has taught him is time management, motivation, and leadership, mainly because the team has a very small window of time to accomplish very important goals. While Stryke Force is very focused on our goals, we also find it important to find time to have fun. One of Cole’s favorite memories of having fun on the team was during the Detroit World Championship in 2019 when Cole and some of his friends hid in a corner to read Blues Clues fan fiction. After graduating high school, Cole will be attending Michigan Technological University with a major in Computer Networks & System Administration, hoping for a future career in Network Engineering. Cole hopes to continue with robotics through volunteering and mentoring in the future!

Zach M. is a senior at Portage Central High School, and has been at Stryke Force for five years. This season, Zach played an important role on the drive team as the human player. You may have seen him make a few successful shots at our district competitions! Zach says he really enjoys the extended Stryke Force community. Of the many valuable lessons he’s learned, he says the people skills he’s learned will definitely help him in the future. His favorite memory is reading Blues Clues fan fiction at the 2019 FIRST World Competition with Cole S. After high school, Zach will be attending WMU College of Engineering and Applied Sciences, majoring in Manufacturing Engineering Technology. He said, “Stryke Force has influenced my decision by helping to show me that engineering is fun.”