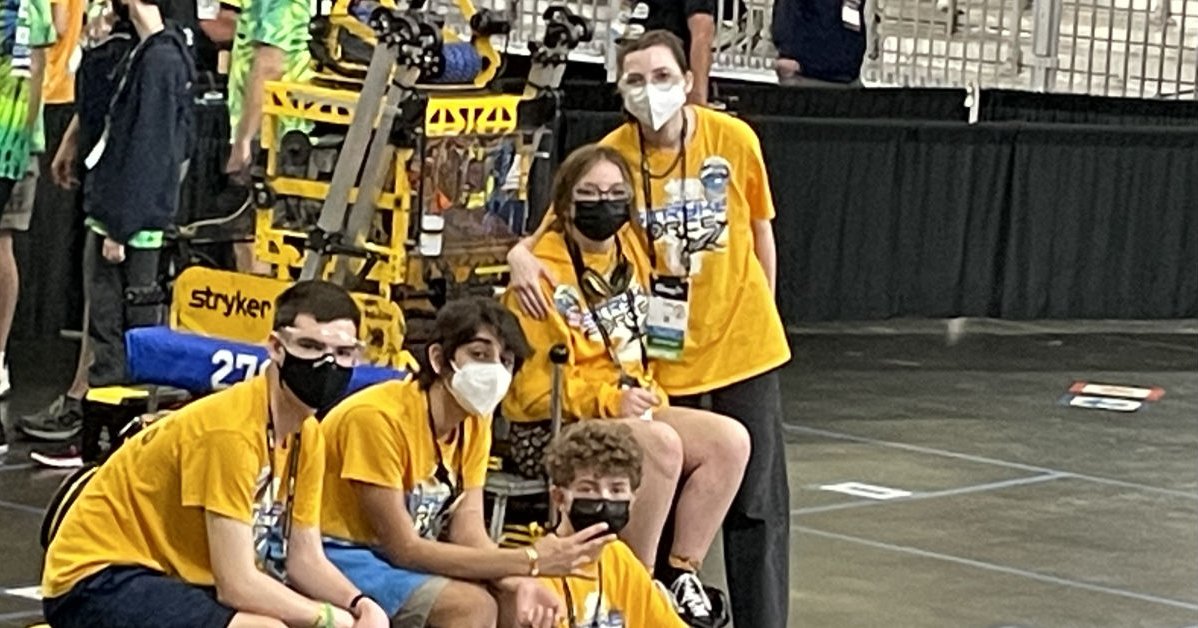 We are excited to have been invited to the Indiana Robotics Invitational, also known as IRI, and we plan to compete! IRI is known to be one of the most competitive off-season events with 50 teams from across the country. This is also a charity event, and this year the goal is to raise at least $5000 and pay the initial entry fee for the FIRST Season for Team 4418, from STEM School Highlands Ranch, to let them know the entire IRI community is with them and supporting them during their challenges. Funds raised above this level will support the campaign that was set up by FIRST.

With this exciting event coming up this weekend, the entire team has been very hard at work preparing for the tough competition. We are expecting a lot more defense this weekend, so the build sub-team is making sure that the robot is much stronger to endure the heavy defense. The programming sub-team is working on odometry and figuring out the precise distance from the robot to the upper hub. They are also making sure that the turret performance will coordinate seamlessly with the driver.

The competition will take place at Columbus East High School, Columbus, IN. 230 S. Marr Road. We are very eager to compete again with our 2022 robot, Sky Stryker! We hope to see you at the IRI competition on July 16th and 17th!

For more information on the Indiana Robotics Invitational, check out the event home page.